In 2018, Pandea Global M&A (“Pandea”) member firms completed 110 transactions with a combined value of over €1.6 billion, the network has confirmed.

Pandea is a global network of selected independent firms with a primary focus on creating and executing cross border M&A transactions to add significant value to its members clients such as providing enhanced and cohesive access to a larger pool of international acquisition targets, local market expertise and overseas buyer pools.

The network was most active in the Business Support Services sector, which accounted for 25% of the completed deals, followed by Consumer & Retail (15%), Construction & Engineering (13%) and Technology (12%).

The network, which recently rebranded to Pandea, was established in 2017 and initially brought together partners in the UK, US, Australia, Canada, France, Belgium, Italy, Portugal, the Netherlands, Poland, Sweden and Ireland, representing more than 60 office locations between them.

Manoj Laddha of JR Laddha Financial Services said “We believe there was no better time to team up with a network of like-minded corporate finance specialists and we were particularly impressed by Pandea’s offering.

The Indian economy has been at the centre stage of the world’s attention for the last few years and 2018 was a record-breaking year for deal activity, reaching $129 billion for deal values. Cross-border M&A activity more than doubled to $69 billion, largely due to growth in inbound M&A activity.

Private equity recorded an all-time high of 213 exits, the majority of which were to strategic buyers who have placed significant bets on India’s growth story, including Walmart’s $16 billion acquisition of Flipkart.

India’s consumer story will be shaped by its 440 million Millennials and 390 million Generation Z. The sheer size of India’s youth combined with improved education pave the way for sustained growth in purchasing power and makes India’s consumer story one of the world’s most compelling for the next 20 years.”

James Dow of Dow Schofield Watts, one of the network’s founding members, said “2018 has been another excellent year for the network. We look forward to welcoming new members to Pandea this year to further broaden the network’s coverage in Europe, Asia, Middle East, Africa and South America.”

Pandea member firms met twice last year, in Paris and Lisbon, for the network’s biannual conference to exchange views on real-world deal issues, market trends and opportunities in global markets, with the next meeting scheduled for May 2019 in Milan. 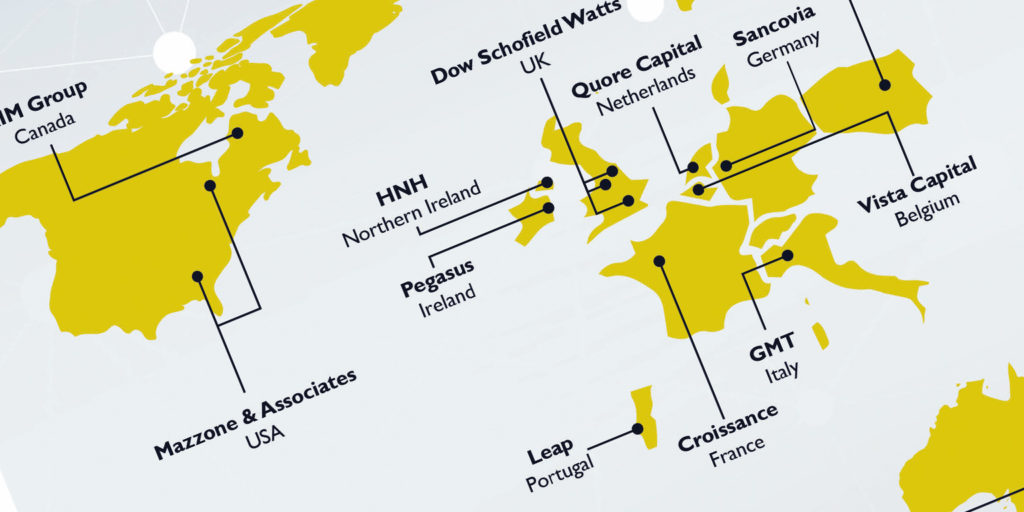